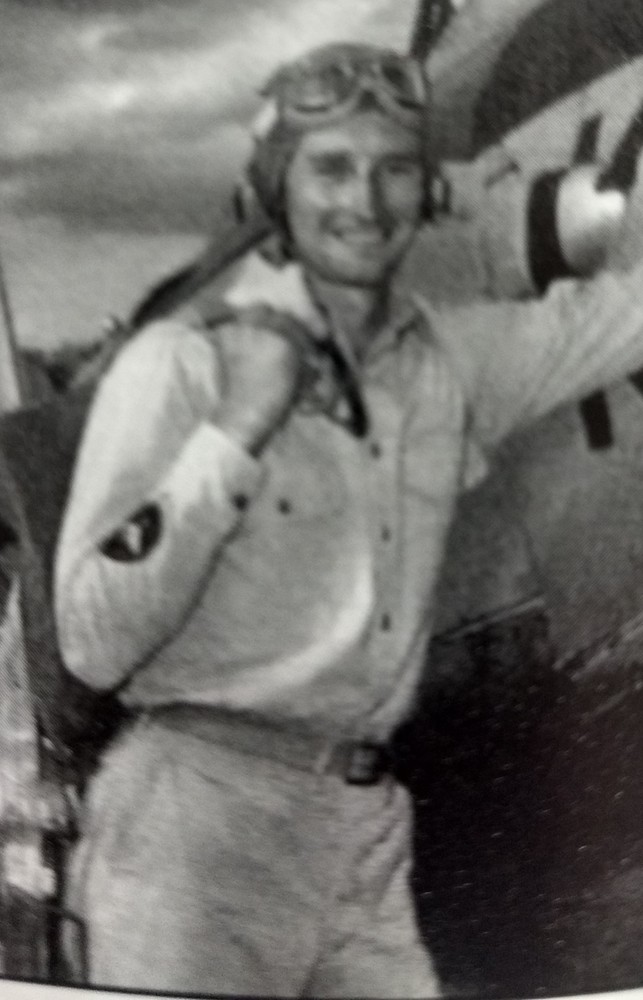 NOTE:  In our ongoing series called, “Veteran Stories,” this week we feature Norman Kube, who served with the U.S. Fifth Air Force as a pilot during World War II.

Norman Kube was born as the oldest of seven children to Frank and Elizabeth Kube, on Oct. 7, 1920. Living and working a farm southwest of Crofton most of his life, he attended school in Crofton and one year at the Springfield State Teachers College, before joining the U.S. Air Force. Kube initially trained as an airplane mechanic, and then as a pilot, with his early training taking place at Enid Airfield in Oklahoma. Established in November 1941, before the Japanese bombing at Pearl Harbor, Enid served as the Army Air Corps Pilot School, teaching flight cadets like Kube the basics of flying a two-seater training aircraft. Eventually, Enid would become the AAF Central Flying Training Command during World War II.

Kube is known to have flown B-25s in the Pacific Theater during the war. The B-25 Mitchell was a medium bomber introduced in 1941. Nearly 10,000 were built, with the majority in action against Japan in Asia and the Pacific. The B-25 became an important tool because of its ground-attack abilities, and its ability to conduct skip bombing attacks on enemy sea vessels.

By November 1942, the Fifth Air Force sustained action against Japanese forces in Papua New Guinea, in the Philippines campaign in 1944-45 and in the Battle of Okinawa in 1945. In the Battle of Okinawa, for instance, B-25s, including the ones flown by Kube, were being flown with the 3rd, 38th and 345th Bomber Commands.

After serving five years in the Air Force, Kube returned home and married Marie Irene Arens on June 7, 1949 at Ss. Peter and Paul Catholic Church in Bow Valley. He and Marie had seven children, and spent their years farming west of Crofton. Norman kept flying after the war too, and the Kube farm served as a regional airport from 1947 until 1960. The farm was also the training ground and main Crofton High School cross country team course over the years for several State Champion Cross Country teams coached by Gail Peterson. Runners from other towns acknowledged the grueling course in what was affectionately known as “Kube Hills,” only to the advantage of Crofton runners, including several Kube children, who trained there every day.

Norman was one of the first permanent deacons for St. Rose parish in Crofton, ordained in October 1979. He served on numerous boards and agencies that served the church, community and greater region through his lifetime. He taught religion to hundreds of St. Rose School students over the years as well. Marie passed away in 2004, and Norman passed away in 2009. Both are buried at St. Rose cemetery. The land that serves as the current cemetery for the parish once belonged to Norman’s maternal grandparents, John and Anna Meyer.