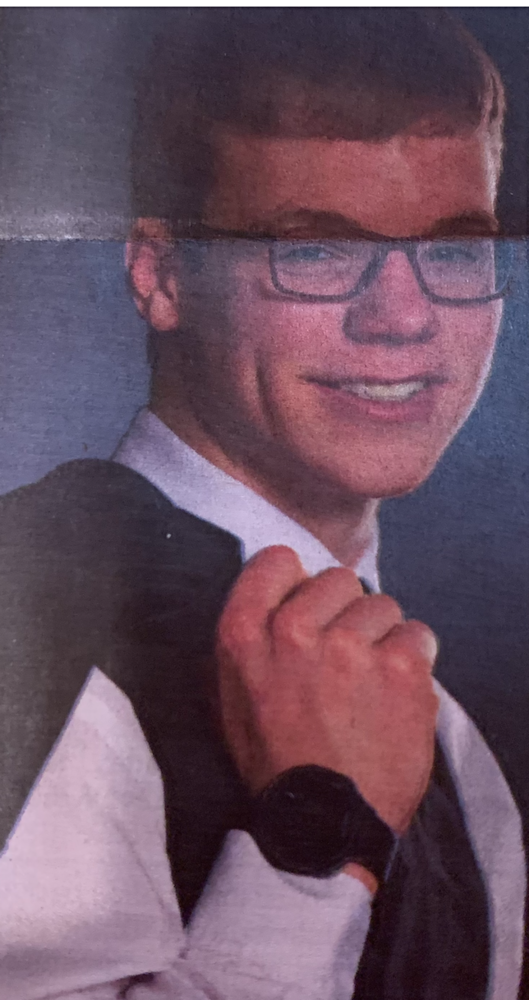 Connor Arens is the sone of Jason and Jane Arens and is the sibling to Haley, Tanner, Jordyn, Rylie, Kaden, Avery, Myla, Skylar, Xander, and Braden.

Arens was involved in cross country, track, one act, speech, high abilities learners, student wellness advising group, and FFA for four years. In FFA, he was an officer for two years. Arens was in the NHS and a class officer for three years. He was in the Wellness Group, Circle of Friends, chorus, and Student Council for two years where he was an officer for one year. Arens was also in basketball for one year. He was on Honor Roll for four years, Academic All State Cross Country for three years, and Academic All State Track for one year.

Aren's advice for underclassmen: "You are the one who decides what you can and cannot do, don't be your limiting factor."

After graduation, Connor plans on attending South Dakota School of Mines and majoring in exploratory engineering.