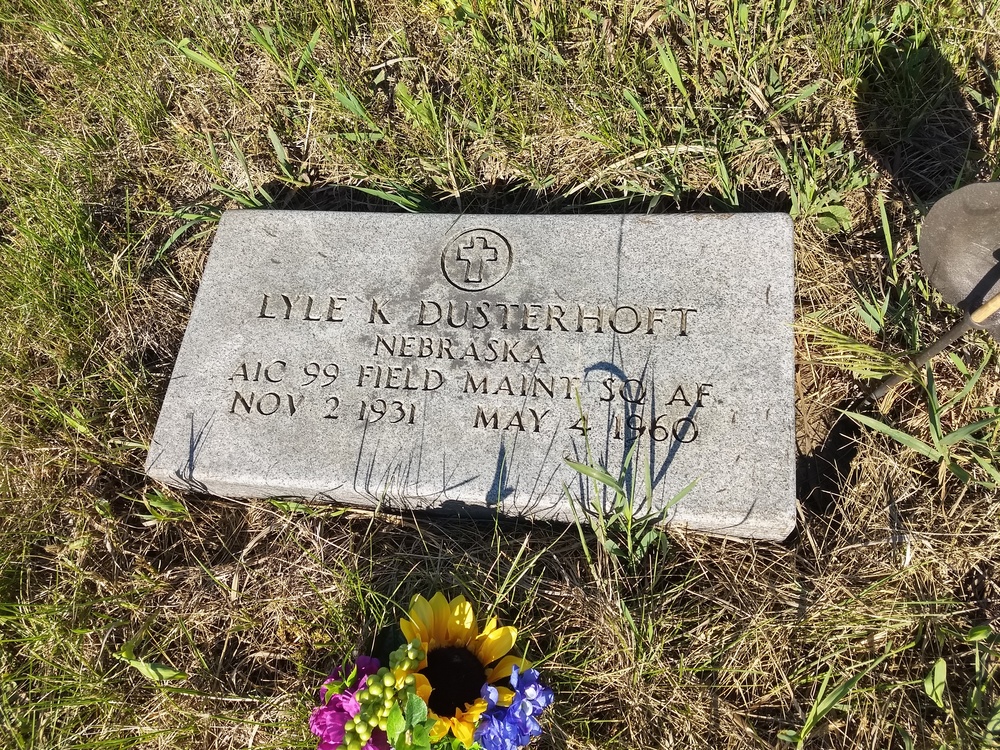 NOTE:  In our ongoing series called, “Veteran Stories,” this week we feature Lyle K. Dusterhoft, who served with the 99th Field Maintenance Squadron during the Korean Conflict.

Lyle K. Dusterhoft was born on Nov. 2, 1931. He served as an Airman First Class with the 99th Field Maintenance Squadron in the U.S. Air Force. The unit, during the time Dusterhoft was serving, was based at Fairchild Air Force Base in Washington until 1953 when it transferred to Westover Air Force Base at Massachusetts, beginning in Sept. 1956.

It is believed that th unit was assigned to Strategic Air Command in the 15th Air Force, 57th Air Division, during the time of Dusterhoft’s service. In the last quarter of 1952, the wing began receiving RB-36 reconnaissance versions of the B-36 Peacemaker intercontinental bomber. The wing, with Dusterhoft in the Field Maintenance Squadron, conducted worldwide photographic, electronic and visual day and night strategic reconnaissance as its primary mission until late 1954, and until Sept. 1956 as a secondary mission.