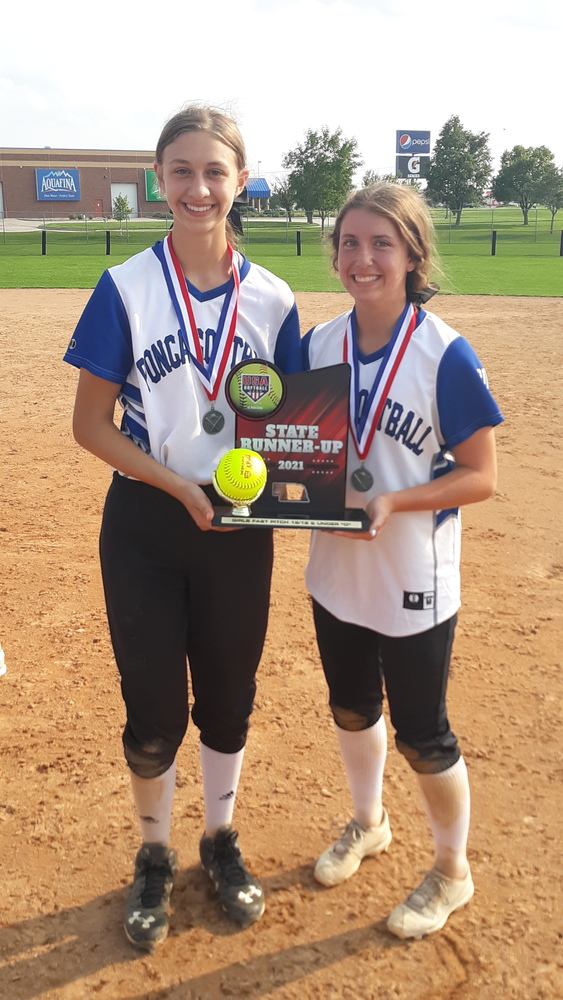 Ellie Tramp (catcher) and Caitlin Guenther (pitcher), both of Crofton, traveled to the Class D State Softball as they were picked up by the Ponca 18-and-under team.

The first game was played Friday night against the Fullerton Warriors. The Ponca team defeated the Warriors 8-6.

Saturday morning they played Seward Illusion, beating them 8-1, and that night we faced Wausa, winning 9-1.

Sunday morning, we played BDS and the girls ended up winning 13-0.

“The girls played really well and it was a great experience!” said Kim Guenther.