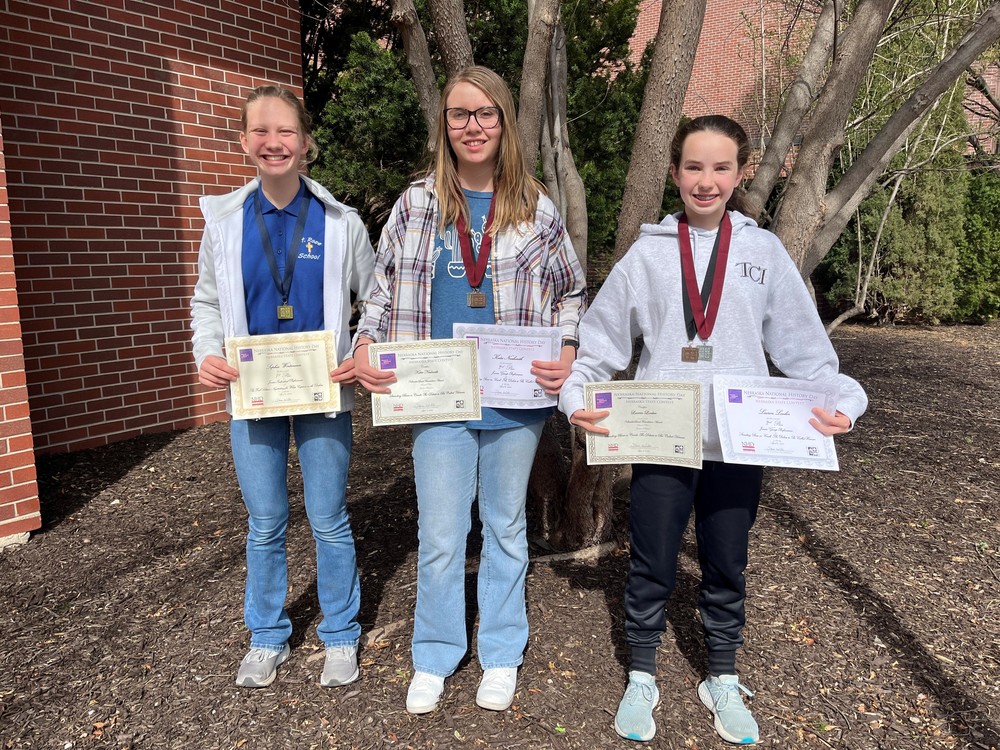 Nebraska Wesleyan University, Lincoln, was the site of the Nebraska History Day competition on April 9.

Eighth grader Sophia Wortmann had a first place finish with her Junior Individual Performance, “The Fool Soldiers: Negotiating for White Captives in the Dakota Uprising of 1862.”

Eighth graders Katie Neuharth and Lauren Loecker placed second with their Junior Group Performance, “Standing Bear vs. Crook: The Debate to Be Called Human,” and won a second place NEBRASKA-Land Foundation Award for a topic related to Nebraska’s heritage.

The trio will represent St. Rose School and Crofton at the National History Day Contest in June.

This contest is traditionally held on the University of Maryland campus near Washington, D.C., but will be held virtually again this year.

They join a prestigious group of St. Rose alumni who advanced to the national level with their History Day projects.