Memorial services for Lawrence “Larry” Nielsen, age 82, of Crofton, Nebraska will be held at 11:00 a.m. April 29, 2022, at First Trinity Lutheran Church in Bloomfield. 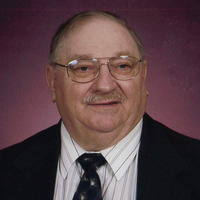 Reverend Jacob Bobby will officiate.
Brockhaus Funeral Home in Bloomfield is in charge of arrangements. Lawrence W. “Larry” Nielsen, son of Rudolph and Selma (Bloedorn) Nielsen, was born January 11, 1940, in Bloomfield, and he died Friday, April 15, 2022, at his residence.

He graduated from Bloomfield High School.
He was united in marriage to Betty J. Rosberg, and they were blessed with three children, Craig, Michael, and Todd.

After graduation, Nielsen worked as a farmhand. He then moved to Omaha and joined the Omaha Fire Department. He retired from the fire department after 25 years of service. The couple then moved back to Wausa.

His hobbies included fishing, hunting, and being outdoors.
He was preceded in death by his parents; wife, Betty; son, Michael; and brother, Ralph.
Lawrence “Larry” Nielsen is survived by his sons, Craig Nielsen of Crofton and Todd (Ellen) Nielsen of Omaha; three grandchildren, Lacy, Mikayla, and Nick; four great-grandchildren; and brother, Daniel (Donna) Nielsen of Sioux Falls, South Dakota.