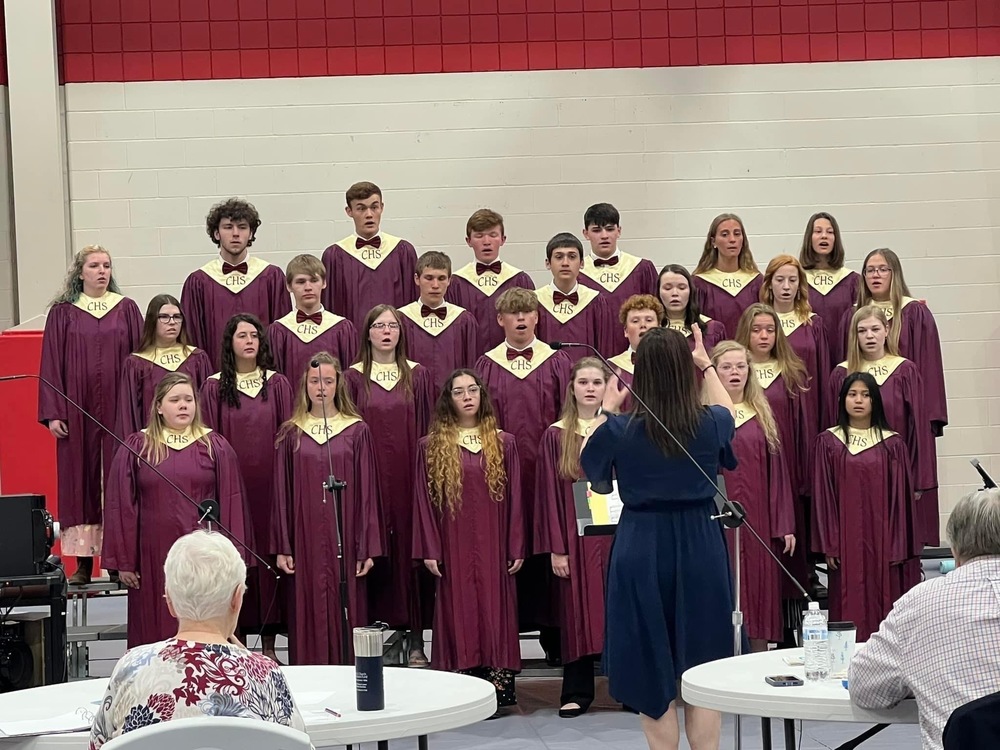 The Crofton Band and Chorus traveled to Hartington and competed in the District Music Contest on Friday, April 22, in Hartington, coming home with top scores in several categories.

Choral Director Katie Kleinschmit commented, “A lot of hard work went into District Music Contest. Ashley Leader and I had so much fun today because our kids were prepared; we pushed and guided them, but they put in the time. It was fun to celebrate success with all of them!”