Mass of Christian Burial for Alice Marie Stevens, 93, formerly of the Crofton and Constance, were held Friday, May 13, 2022 at 10:30 a.m. at St. Joseph’s Catholic Church in Constance. 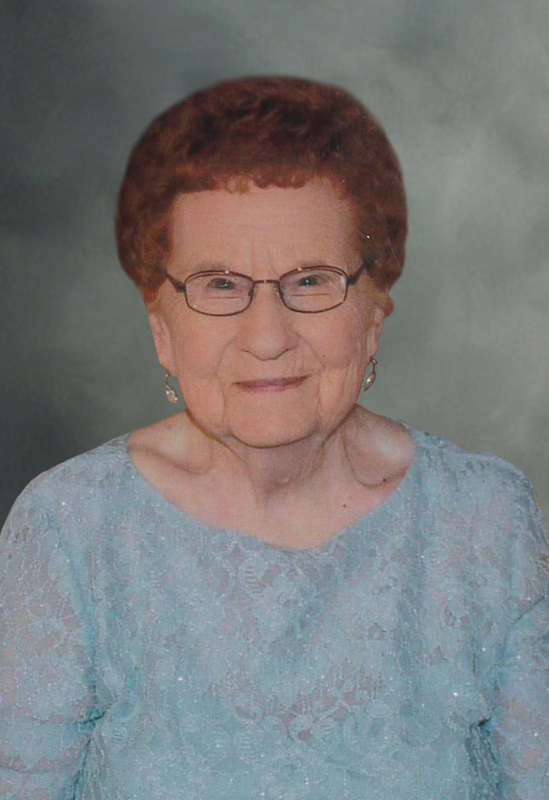 Alice Marie was born on June 3, 1928 in Yankton, SD to Henry J. and Frances (Backus) Billerbeck, and she died on Tuesday, May 10, 2022 at Parkview Haven Nursing Home in Coleridge

She grew up in the Constance area and graduated from Crofton High School.  She grew up on the farm and did hard labor milking, raising a garden and doing other chores.

She attended Mount Marty College in Yankton and received her nursing degree, and worked as a registered nurse at the Osmond Hospital, Sacred Heart Hospital in Yankton and the Bloomfield Good Samaritan Nursing Home.  She also helped with home care and hospice care for many people in the area.

After her husband, Dan, died on January 20, 1996 at the age of 71- she and Eva Buschcamp  began travelling to all 50 states and overseas to Rome, Greece, Venice, and Hawaii to name a few.  They also enjoyed an Alaskan cruise.  She always loved to play cards with family and friends.

She was preceded in death by her parents Henry and Frances Billerbeck; husband Dan; son John; and 10 siblings.

Arrangements are under the direction of the Wintz Funeral Home in Crofton.