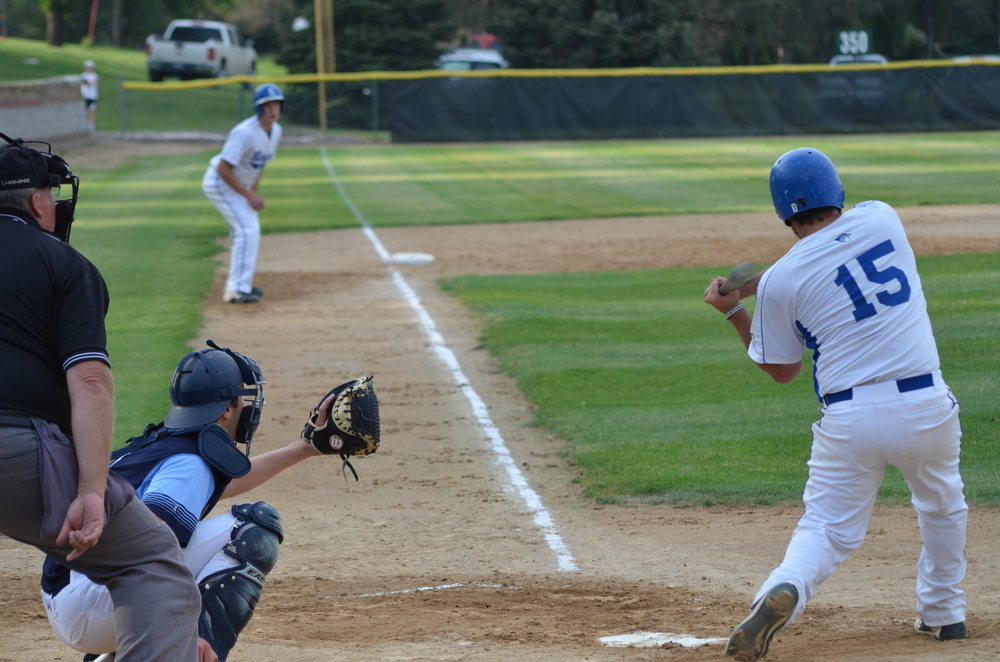 Bluejays split on the week

The Jays (2-2) stayed even on the week, going 1-1, including losing a tough one at home to South Central League-leading Lesterville last Thursday, May 26, and then downing Tabor at home on Sunday night, May 29 in front of the hometown crowd. Crofton lost to Lesterville, 13-2, but then took one from Tabor, 7-4 on Sunday.
In other SCL action last week. Tabor beat Wynot, 12-1 on Thursday. Menno lost to Freeman, 15-6 on Friday night. Yankton downed Menno 19-4 on Thursday.
With Lesterville leading the SCL with a record of 2-0, they are followed by Yankton and Freeman, both 2-1. Crofton is currently in fourth place at 2-2, playing more games than any other SCL team to this point. Wynot, Tabor and Menno carry the bottom half of the league standings.

The Jays have this upcoming Thursday off, but they are back in action at Freeman on Sunday night, June 5. Wynot takes on Lesterville on Thursday, and Tabor matches up against Menno, while Freeman battles Yankton. On Sunday night, Lesterville will take on the Tappers at home.