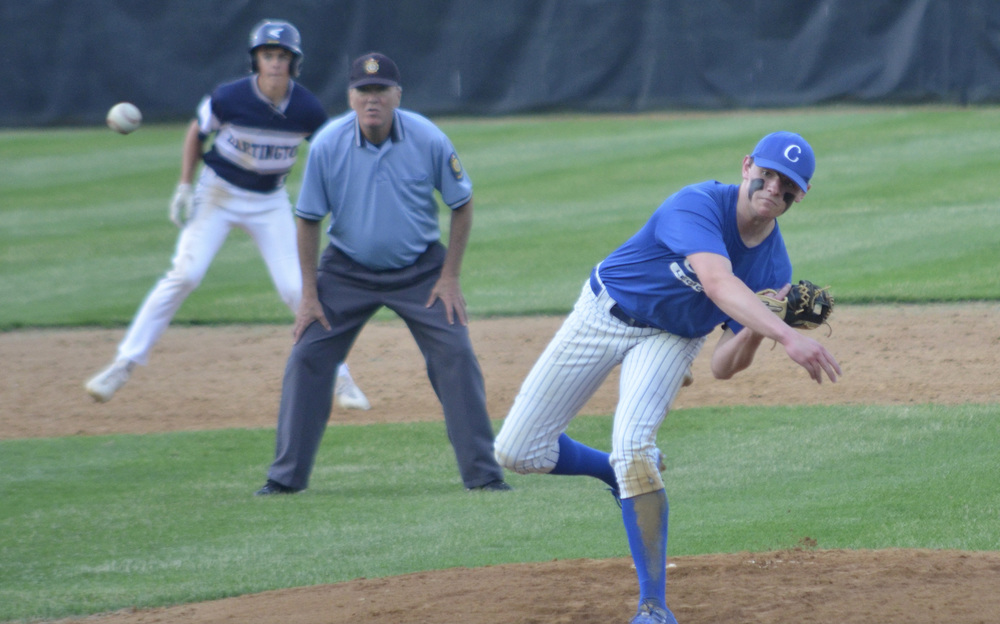 The Crofton Senior Legion team came from behind at home to down Hartington, 9-6, in dramatic fashion this past Monday night, June 6.

Along with another big win away against Ponca last Thursday, June 2, 14-3, the Seniors went 2-1 in regular season play for the week, also losing against Pierce, 18-5, last Wednesday, June 1. .

Ponca may have jumped out to the early 3-0 lead after the first inning, but that was all the scoring they could muster in a 14-3 drubbing at the hands of the Crofton Seniors last Thursday night, June 2 in Ponca.

Crofton got untracked in the third inning, bringing in two runs, and adding four runs in the fifth, but it was an eight-run sixth inning that put Crofton over the top for good. Ponca had five hits on the night, but the Crofton Seniors tacked on 16 hits to counter. Nate Stevens had a homerun and a double, and Zack Foxhoven and Colin Wieseler both had a double and two base hits to lead Crofton hitters. Simon McFarland had a triple; William Poppe and Zac Berger both added doubles on the night. Roy Knapp and Tucker Goeden each had two singles and Ethan Tramp added a single.

It was Crofton Seniors that jumped out to the early 2-0 lead after the first inning at home against Hartington this past Monday, June 6. Hartington tacked on a run in the second, but Crofton added three more runs of their own. In the third inning, Hartington got going, adding four runs and tying things up, 5-5. The Hartington bunch took the 6-5 lead in the top of the sixth inning but Crofton came roaring back, adding four runs and earning the victory, 9-6. Hartington had five hits on the night, and Crofton had eight hits, including a double and single from Braxton Foxhoven. Zac Berger had a pair of singles and William Poppe added a double. Ethan Tramp, Zack Foxhoven and Tucker Goeden all had singles of their own in the win.

Crofton was a host site for the Kyle Mueller Tournament this past weekend, June 3-4, with the local Seniors club getting in three games over two days and going 1-2 for the tourney. On Friday, June 3, the Seniors lost to Yankton, 6-3, with both teams getting seven hits. For Crofton, Zack Foxhoven and Nate Stevens both had two singles each. Roy Knapp, Colin Wieseler and Ethan Tramp also had singles.

That evening, Crofton downed Pierce, 7-5, behind eight hits and shutting Pierce down to just three on the night. Roy Knapp had quite a game, slapping out two singles and a double. Tucker Goeden and Zack Foxhoven both had doubles. William Poppe hit two singles and Colin Wieseler also had a single for the game.

The Seniors lost to Sioux Falls West on Saturday, June 4, 9-0, garnering only three hits on the game. For Crofton, Zack Foxhoven, Braxton Foxhoven and Zac Berger all had singles.

Crofton’s next outing is this Wednesday, June 8, hosting South Sioux City. The Seniors travel to Wayne next Monday, June 13, and then to Wisner-Pilger on Wednesday, June 15, before returning home against Columbus Lakeview on Friday, June 17. They will also be playing over this upcoming weekend in the Lewis and Clark Tournament hosted in Crofton. 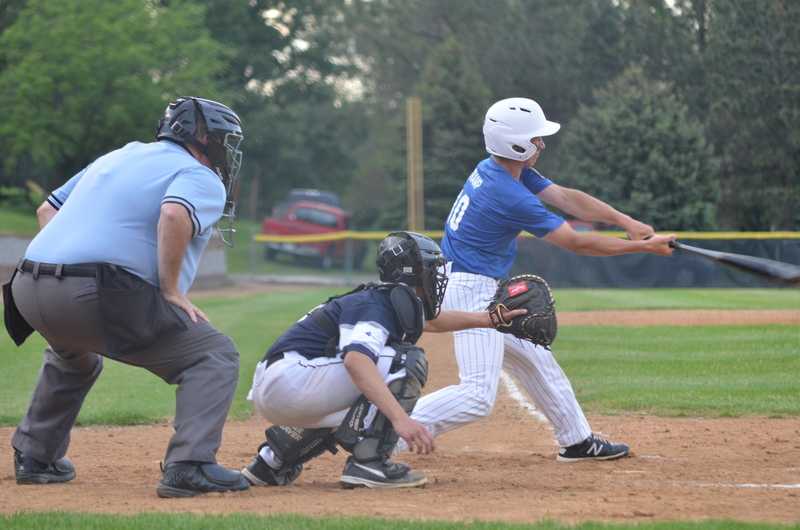 Ethan Tramp got a key hit for the Crofton Seniors in the see-saw battle that ended with a Crofton victory.