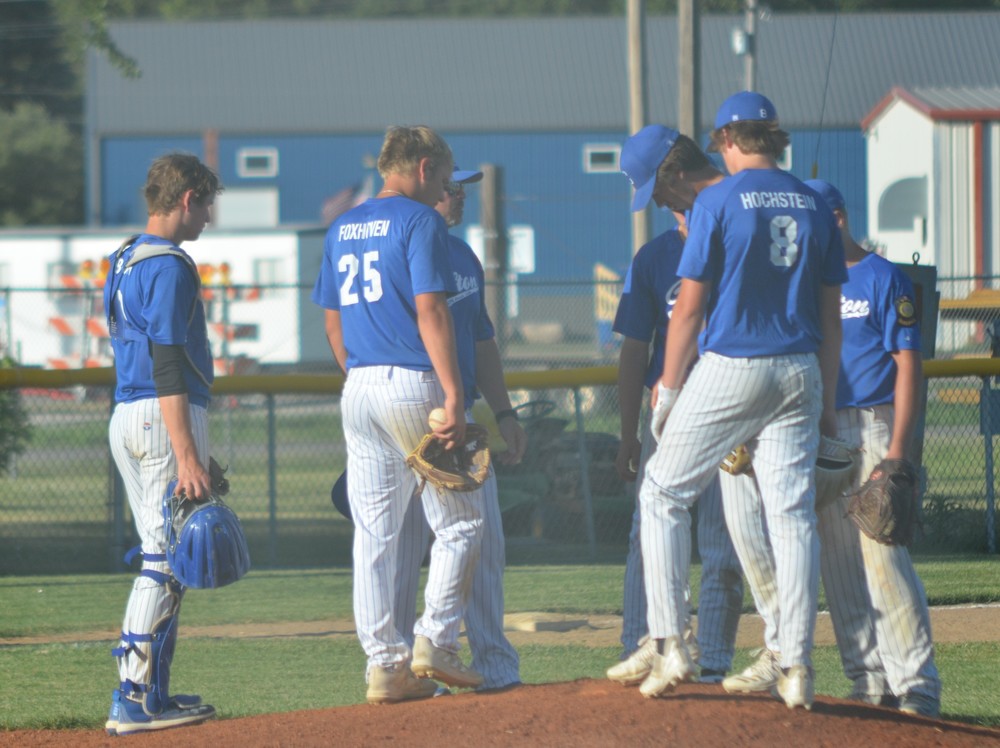 It was a see-saw battle last Thursday night, June 22 in Scribner, with the Crofton Legion Juniors coming from behind and tagging the win, 8-7 over Hooper-Scribner. Crofton jumped out to a lead, 1-0, bringing across the first run in the second inning. But H-S had a five-run third inning to take a commanding lead. Crofton went to work, chipping away at that lead, getting three runs in the fourth, two in the fifth and single runs in the sixth and seventh innings on seven hits. With eight hits, H-S had opportunities, bringing single runs across in the fifth and sixth innings, but was shut out in the seventh, allowing Crofton to hold on for the win.

Versus Pender
Pender really got the jump on the Crofton Legion Juniors last Monday night, June 20 at home, leading 10-3 after three and a half innings. But Crofton bats got going in the bottom of the fourth, allowing the Juniors to score four runs, and keeping them in the game. The final tally was a home loss, 14-8, but Crofton played tough until the end, hitting seven hits on the night. Jack Drotzman had two singles, while Zack Foxhoven, Zac Arens, Jack Miller, Carson Wiesler and Zac Tramp all had singles as well.