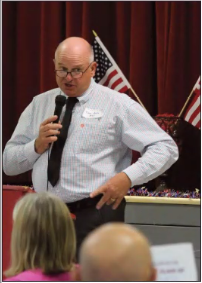 The 2022 Crofton Alumni Banquet was a great success and thoroughly enjoyed by over 100 attendees. The class of 1977 hosted the event and did a wonderful job! The evening started with a Social Time prior to the meal.

Tony Arens was the Master of Ceremonies this year and had people laughing with his wittiness and easy-going personality. Wiebelhaus Recreation catered the event and as always, served a
delectable meal. The Doug and Traci Steffen family and friends were the servers for the evening and did a wonderful job.

Other activities included: the opening prayer and lighting of the Alumni Memorial candle, recognition of this year’s Alumni Scholarship winner, Sabrina Kaiser who expressed her deepest appreciation for the scholarship she received from the Association.

Since this year’s theme was “Welcome Back” and based on the era of the 70s, a TV theme song trivia game was played, which led up to the recognition of the honored classes of 1970, 1971 and the 50th year honored class of 1972, introduced by Steve Ausdemore.

Terri Mueller then gave an update on the Alumni Association. The evening concluded with recognition of the Veterans attending the banquet and a video tribute in honor all our Veteran’s who have served, are active and those that gave the ultimate sacrifice for our freedom and country, followed by the closing comments and prayer.

The alumni committee asks that if anyone took any candid photos during the banquet, that you please share those with the group by emailing them to cathleenthierolf@gmail.com to be posted to the Alumni Facebook page.

“Thank you to all who attended and helped make the banquet a wonderful event!” said organizer Cathy Thierolf. 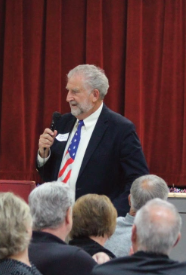 Steve Ausdemore of the Class of 1972 introduced his classmates in attendance. 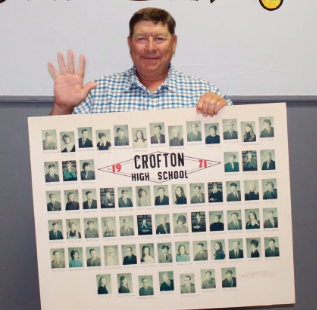 Attending from the Class of 1971: Charles “Chuck” Mueller and “everyone else!” 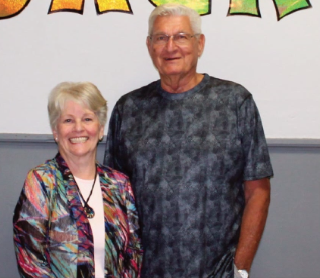 Members in attendance from the Class of 1962: Mary Strayer and Franny Guenther. 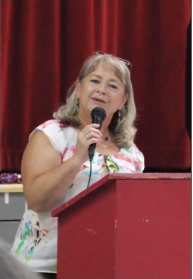 Cathy Thierolf helped to organize the entire event, and also provided the trivia entertainment for the evening. 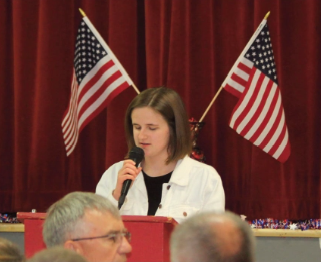 Sabrina Kaiser of the Class of 2022 was the winner of the Alumni Reunion scholarship for the year. 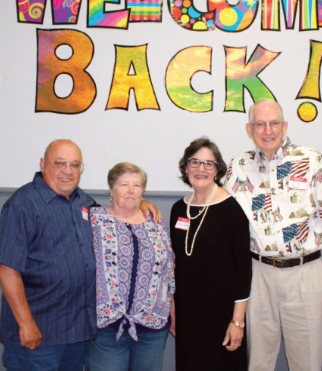 Two classmates from the Class of 1964 and their spouses were also in attendance at the reunion: Norman Rissler and MerEdith, and Dick Bogner, and Valerie. 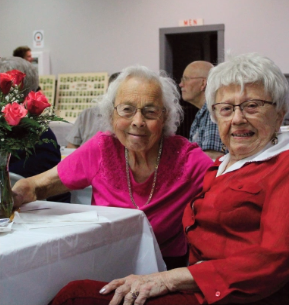 Donna (Rissler) Clevenger (right) and Lois (Walker) Keck (left) were the two eldest alumni at the 2022 reunion, from the Class of 1951. They’re pictured here with flowers sent to Keck from her cousin in Georgia. 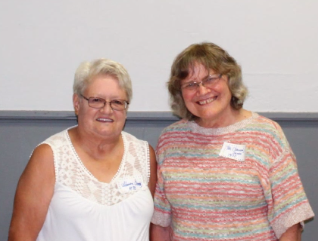 Those attending from the Class of 1970: Sharon (Goeden) Bonertz and Pat (Johnson) James.

The “three C(K)athys” from the Class of 1977: Kathy Thierolf, Kathy Farlee and Kathy Nohr. 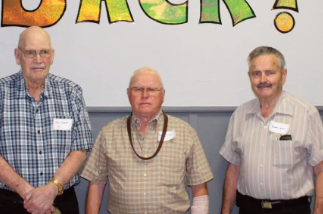 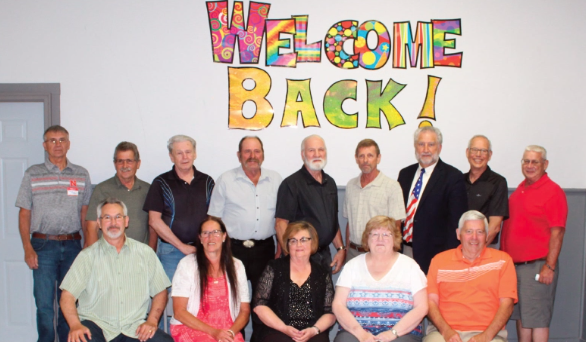