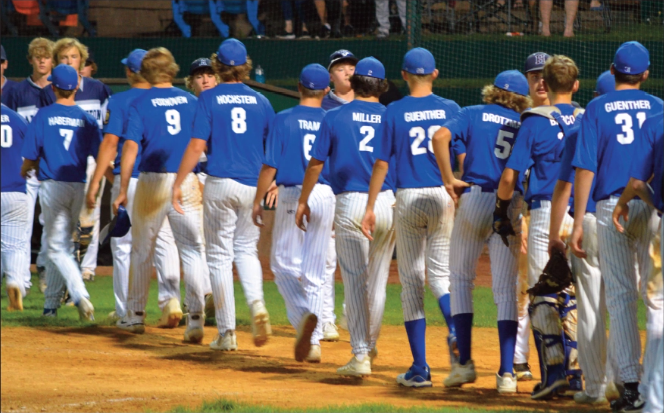 The Crofton Legion Juniors baseball team finished their regular season in the middle of the pack, but the drama of the season wasn’t over yet.

At Area C1 Juniors tourney play this past weekend at Eaton Field in Wakefield, the fifth-seeded Juniors pulled off an unlikely pitcher’s dual 1-0 victory over their second-seeded host team, Wakefield on Friday night, July 8. Then, on Saturday night, July 9, they did it again in a high-scoring, drama-filled nail-biter against three-seeded Hartington, 12-11.

On Friday, Crofton shutout highly-touted Wakefield behind the arm of Zack Foxhoven, who pitched the complete game for the Juniors. Wakefield stranded players on base, and Crofton had opportunities to bust their slim lead open, but in the end, the Juniors defense held on giving them the first round win, and an advance in the winner’s bracket of the tourney.

In other action on Friday, top-seed Creighton-Plainview defeated Atkinson, 10-2 and Hartington downed Ponca, 8-0.

This set up the match against Hartington on Saturday night under the lights. In spite of nine errors by the Juniors and being outhit by Hartington, 9-4, Crofton used opportunistic base running and gutsy pitching and defense when they needed it to earn the victory. Crofton bats got going early, bringing two runs across at the top of the first inning, but Hartington came back to tie it up 2-2 after one. Crofton went scoreless in the second and Hartington had four runs to take the lead 6-2. Hartington was ahead 7-5 after three innings, but Crofton wasn’t finished.

The Juniors were crafty on the bases in the top of the fourth, using walks, stolen bases and pass balls to get five runs across on no hits for the inning. Hartington added two runs in the bottom of the inning, but Crofton was in the lead, 10-9.

Each team added a run in the fifth and went scoreless in the sixth to leave Crofton ahead, 11-10 going into the seventh inning. At the top of the seventh, Crofton brought a run across, extending their lead 12-10. That set up the dramatic bottom of the seventh, where Hartington was able to gather a run, but stranded the winning run on base when their last batter went down in a strikeout. On the mound, Zac Tramp started the night for Crofton, with Carson Wieseler and Sam Birger both pitching tough relief innings for the Juniors. Braxton Foxhoven came in to close out the bottom of the seventh and secure the win.

The victory pushed Crofton into a Sunday evening game against top-seed Creighton-Plainview. Crofton lost that game 14-1, unable to get any rally going with the bats. But because Creighton is hosting the Class C Juniors State Tournament this year, and the host team gets an automatic berth to the state tourney, Crofton’s district receives an additional berth to the big show. The stage was set on Monday night, with Crofton rematched against the Wakefield team they defeated in the opening round on Friday. The winner would effectively clinch a state tourney bid.

The Juniors came up short in the rematch to Wakefield, 14-1, with the home squad outgunning the Crofton Juniors in their second try. However, the Juniors ended the season with a deep run in the Area C1 tourney, and played hard to win two dramatic victories over tough opponents to stay in the winner’s bracket through two rounds. 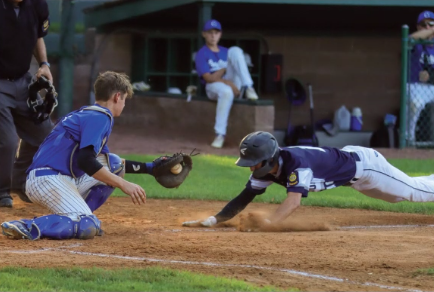 Sam Birger was a part of a gutsy pitching performance by four Crofton pitchers on the night against Hartington. Here Birger goes into his wind up as Zac Tramp is ready on first base.

Announcing the opening lineup for the Crofton Juniors game against Hartington this past Saturday night, July 9 at Eaton Field in Wakefield. Crofton gathered the dramatic victory over Hartington, 12-11, to advance in the winner's bracket. 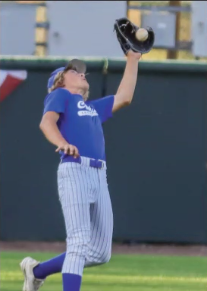