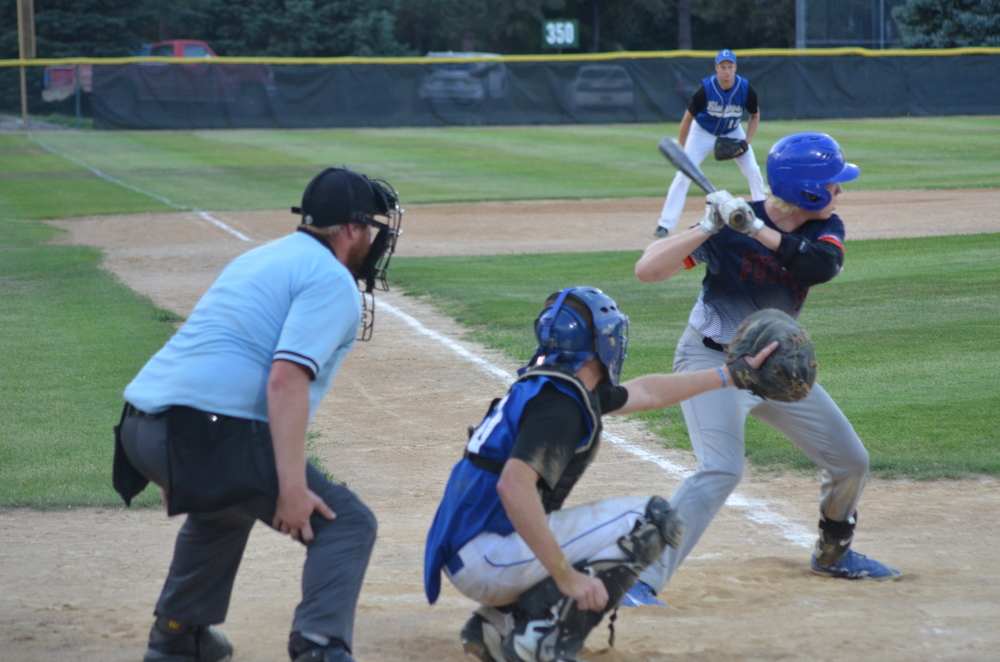 The Jays finished up the regular season at home with a non-league matchup last Friday night, July 15 against Sioux City, using the opportunity to get polished up for the District 6B tournament. Friday’s game was played before a large hometown crowd on Fan Appreciation night, which included door prize drawings after each inning and the raffle drawing for the Crofton Baseball Association.

Crofton (4-8) plays fourth-seeded Wynot in the opening game of the District 6B tournament, set for Friday, July 22 in Freeman at 6 p.m. The winner of that game advances to a Sunday night game against South Central League leader, Lesterville. The loser moves into a game next Thursday, July 28 at 6 p.m. The District championship is set for Saturday, July 30, and the state B tourney commences in Mitchell beginning on Wednesday, Aug. 3.