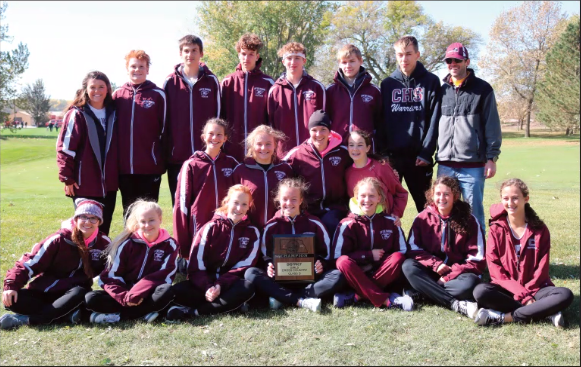 The Warriors Cross Country set off on a journey to the Cross Country District meet in Pender on Thursday, Oct. 13 – and the Lady Warriors runners took first-place honors, qualifying the team for the state tournament.

The Lady Warriors each individually qualified for state and brought home the first place plaque while doing so.

Junior Jordyn Arens placed first with a time of 19:18. Finishing in fifth place with a time of 21:22 was freshman Sophia Wortmann. Rounding out the top ten were sophomore Rylie Arens with 21:49 and junior Elizabeth Wortmann with 22:12 getting seventh and 10th respectively.

Rylie Arens stated, “The state course is one of the more difficult courses that we run on, but I have complete faith in my team and in my ability to compete and perform well.”  Rounding out the state qualifiers was freshman Emily Guenther placing 15th with a time of 23:07. She said, “It feels really cool to individually qualify, like I earned my way to state and I’m not just following the team.”

For the boys, junior Zac Arens placed 24th running the race in 20:01. Not far behind him with a time of 20:10 was freshman Charlie Steffen in 27th. Junior Edison Sudbeck came in next for the Warriors in 33rd with 20:27. Placing 43rd with a time of 21:19 was sophomore Grant Schieffer.

Junior Carter Guenther was the fifth runner for the Warriors running 22:07 and placing 48th.
The Lady Warriors run at the State Meet on Friday, Oct. 21 in Kearney at the Kearney Country Club. Their race starts at 1:00 p.m.

The map for the Kearney Country Club can be found nearby this story. 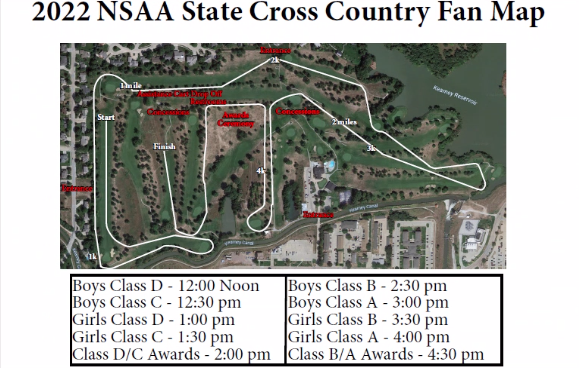