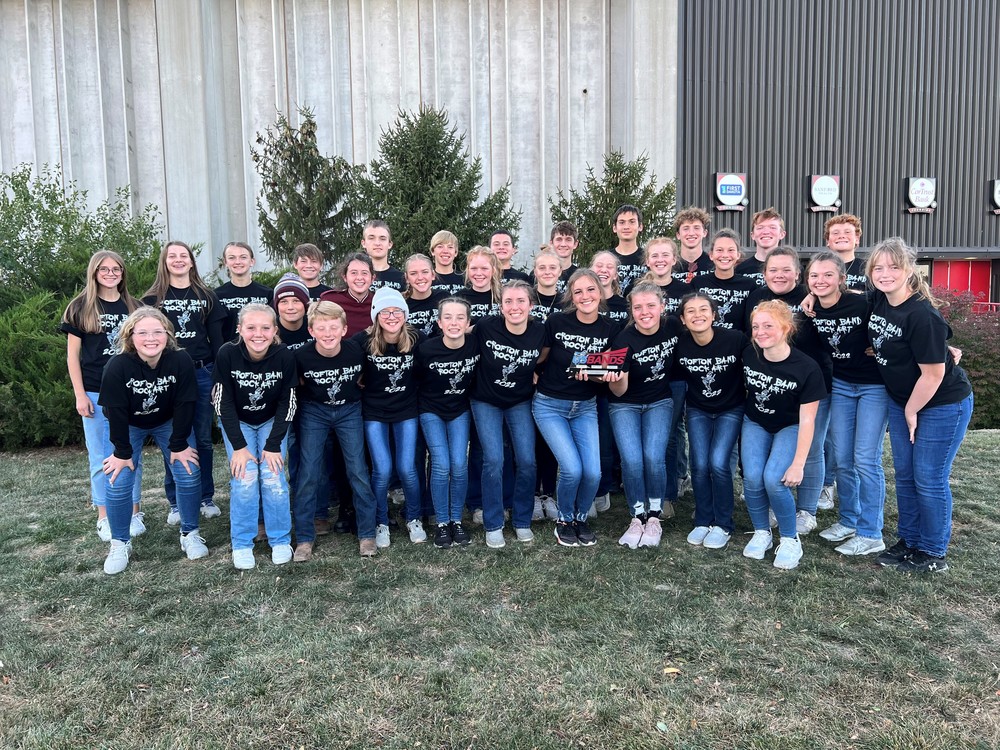 The Crofton Warrior Marching Band made history this season, winning every field competition they participated in.

“We won our class in every competition,” said band director, Ashley Leader, “It’s the first year we’ve ever done that since I’ve been here.”

The band finished off their impressive season at Quad State at the USD Dakota Dome on October 15, getting first in their class and tying off a perfect season.

“I’m really pleased with the growth of the band throughout the season,” stated Leader, “We started rough and everybody kept working and I was pretty pleased with that.” Junior, Kaylee Mauch said, “We made a little bit of history, which is cool especially with such a successful band program.”

The marching show, “Rock Art,” featured three songs: “Welcome to the Black Parade” by My Chemical Romance, “Radioactive” by Imagine Dragons, and “My Songs Know What You Did in the Dark (Light ‘em up)” by Fall Out Boy.

Leader has already chosen music for the 2023 season, saying, “There were some underclassmen that really showed some leadership skills as we went through so that’s very promising for future years. We have a big senior class next year — eight— so hopefully that’ll lead into some stamina as we go through the season.”